The Canadian Immigration Council has been voted the #1 immigration Consulting firm by the highly esteemed Leger & Leger group for three consecutive years for helping potential immigrants worldwide in achieving their dream of immigrating to Canada and for providing exceptional immigration services.

What Is The Sponsorship Process?

A Spousal Sponsorship application is a two-step process. The first step of the process entails processing by the Case Processing Centre in Mississauga, where officers assess the sponsor’s eligibility. The application is then transferred to a Canadian visa office that is responsible for applications in the spouse, common law or conjugal partners’ country of citizenship or country of permanent residence, where officers assess the genuineness of the relationship and the admissibility of the applicant

Can I Sponsor If I Reside Outside Of Canada?

A Canadian Permanent Resident must reside inside of Canada in order to sponsor a spouse or partner. A Canadian Citizen may reside either inside or outside of Canada while sponsoring; however, the sponsor in this case must establish the intention to return to Canada upon the approval of the Spousal Sponsorship.

The Spouse or Common-Law Partner in Canada Class was created by Citizenship and Immigration Canada to allow out of status spouses and common-law partners of Canadian citizens or permanent residents to apply for permanent residence from within Canada. Generally, out of status spouses and common-law partners are allowed to remain in Canada during the processing of their Spousal Sponsorship application. There are numerous exclusion clauses and specific steps must be taken to assess each case to ensure that applicants will qualify for a deferral of removal, if the case arises.

A conjugal partner is an individual who has entered into a marriage-like relationship with the sponsor. The relationship must be exclusive of all others and have lasted for at least 12 months. Conjugal partners are individuals who have not been able to live together, not due to life choices, but due to extenuating circumstances against their control. A conjugal partner may be sponsored by a Canadian permanent resident or Citizen.

Do I Qualify To Sponsor A Relative?

While a sponsor must demonstrate that he/she is financially capable of sponsoring the relative, some exceptions apply. For example, when sponsoring a spouse or common law partner or a child, you may not need to meet the Low Income Cut-Off Mark (LICO) for sponsorship, although you may still be required to show that you can financially subsist in Canada.

What Are My Obligations As A Sponsor?

When submitting a Spousal Sponsorship application, the Minister of Citizenship, Immigration and Multiculturalism will require the sponsor to sign a three to ten year contract with its department to ensure that the sponsor will be responsible for all the essential needs of the sponsored relative without the assistance of social welfare resources.

Sponsorship Information - Did you know?

The minimum income requirement is waived for sponsors of spouses and common-law or conjugal partners. Both the sponsor and the spouse/partner can live in a foreign country while applying for Canadian spousal sponsorship. You will need to prove that you both intend to live in Canada. There are many factors that affect your eligibility to sponsor. Depending on the province where you live, there may be additional sponsorship requirements. If you have sponsored someone before and that person has requested government financial assistance, this can affect your application.

A marriage conducted in an embassy or consulate needs to comply with the law of the country, not the country the embassy is representing. Failing to disclose information to Citizenship and Immigration Canada (e.g. family members or not having them examined) will prevent you from sponsoring them in the future. This is called misrepresentation.

You will have to justify your claims and prove that your relationship is genuine.

You are not eligible to be a sponsor if you:

You may be eligible to sponsor a spouse, a common-law partner, a conjugal partner or dependent children living outside of Canada if:

As of March 2nd, 2012, if you have entered Canada under spousal sponsorship, you are not eligible to sponsor a new spouse or partner for a period of 5 years starting from the day you become a permanent resident in Canada. This applies to permanent residents as well as Canadian citizens.

There are two types of spousal sponsorship applications:

About The Canadian Immigration Council

Richard Serour is the President and CEO of the Canadian Immigration Council. He is recognized as one of the leading immigration advocates and professionals in Canada and has devoted his life to working in order to help people around the world wishing to immigrate to Canada. Being an experienced immigration consultant, Mr. Serour has helped thousands of families fulfil their dream of coming to Canada and become permanent residents to eventually turn into proud Canadian citizens.

With an experienced staff and a full network of paralegals, consultants, lawyers and other support specialists, the Canadian Immigration Council has turned many people’s dreams into reality. Canada's Prime Minister Stephen Harper said it best: "Canada is the place where people want to come and stay, to learn, to pursue opportunities, to raise children, to enjoy natural beauty, to open new frontiers, to set the standard for the world for a high quality of life; a Canada that is a leader and example to the world."

We invite you to take advantage of our free online assessment today.
Although our assessment is free, the opportunity is priceless.
We wish you and your family success and happiness. 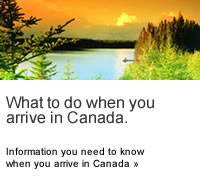 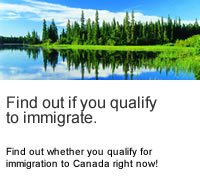